Music on the Patio 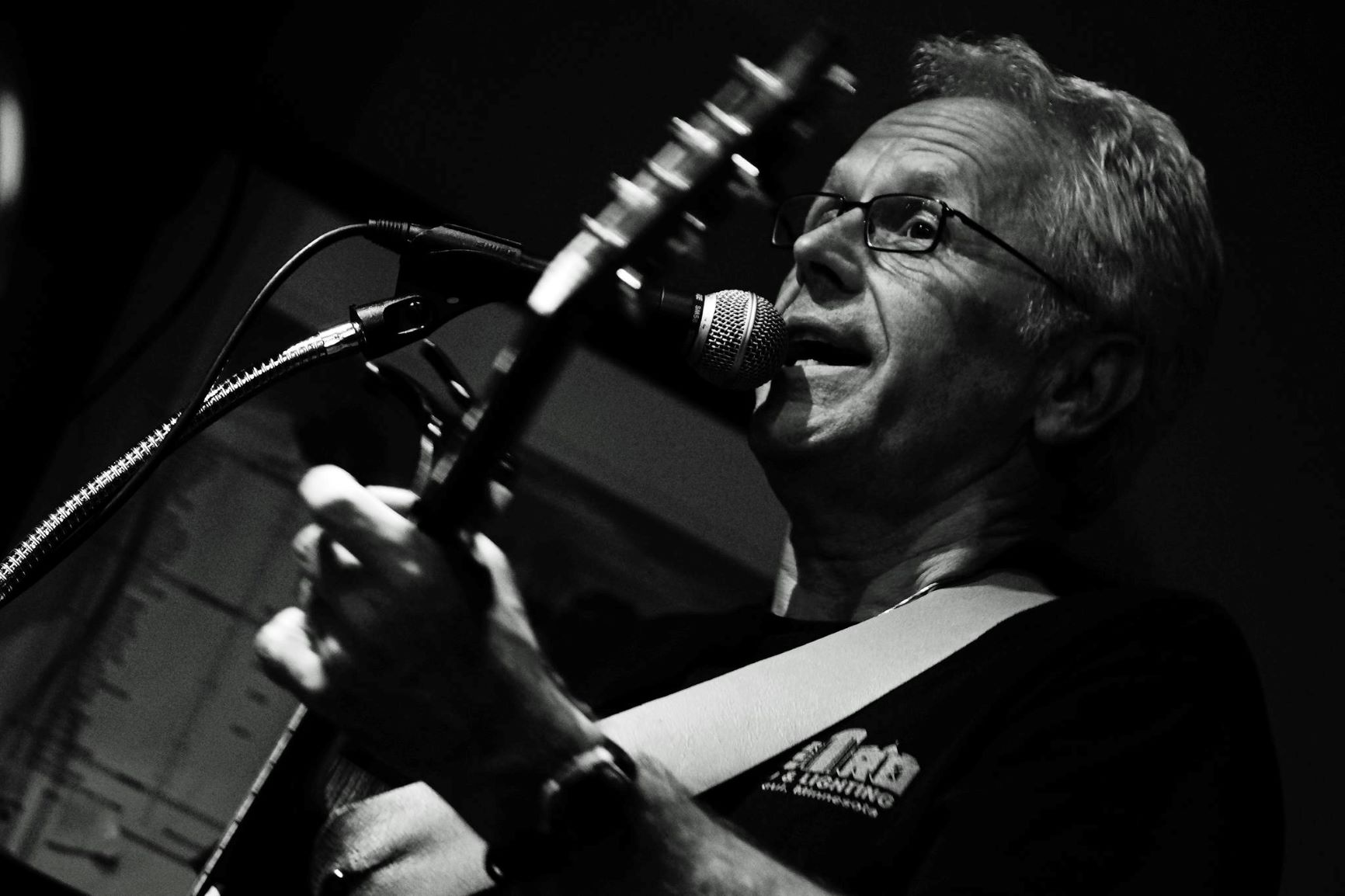 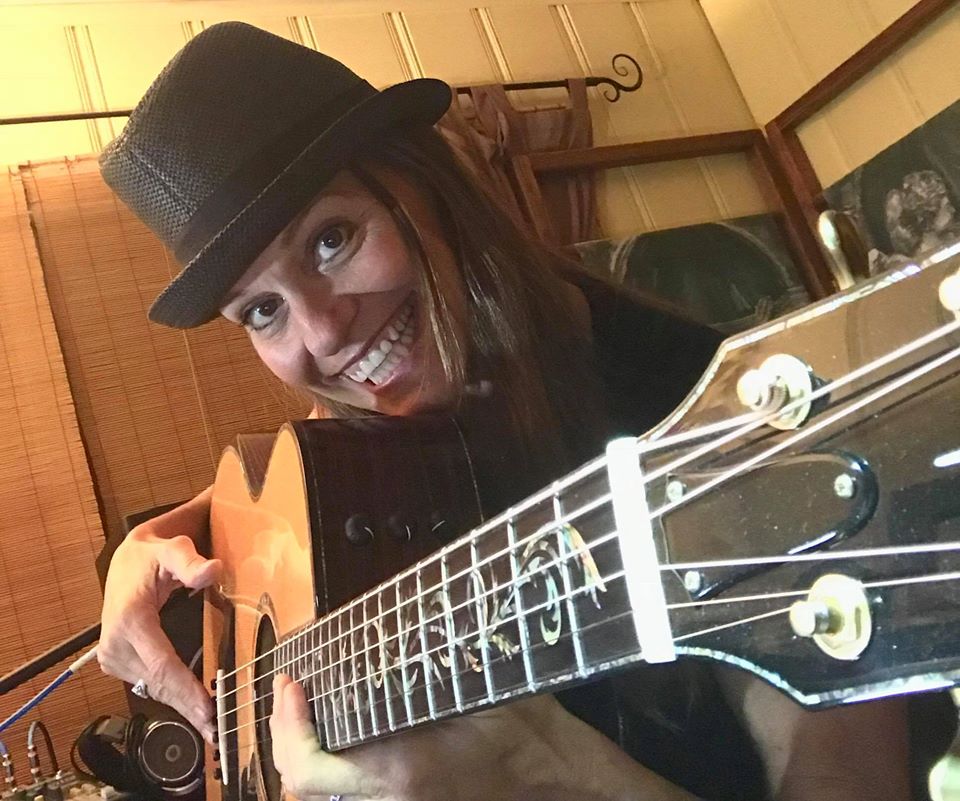 Northern Wisconsin Singer/Songwriter Jennifer Reisch offers some of the widest varieties of acoustic music, and can easily adapt her setlist to your needs. She is also a creative Business Publicist and writes Jingles! From blues, to country, to oldies, to ballads…Jennifer makes sure that she keeps her setlists diverse. She also writes her own music and is quite the entertainer. Jennifer also travels to Hospice patients and has a ministry of singing for the dying, the sick, and their families. Her Ministry is called Random Acts Of Music.

Music with One Less Guest 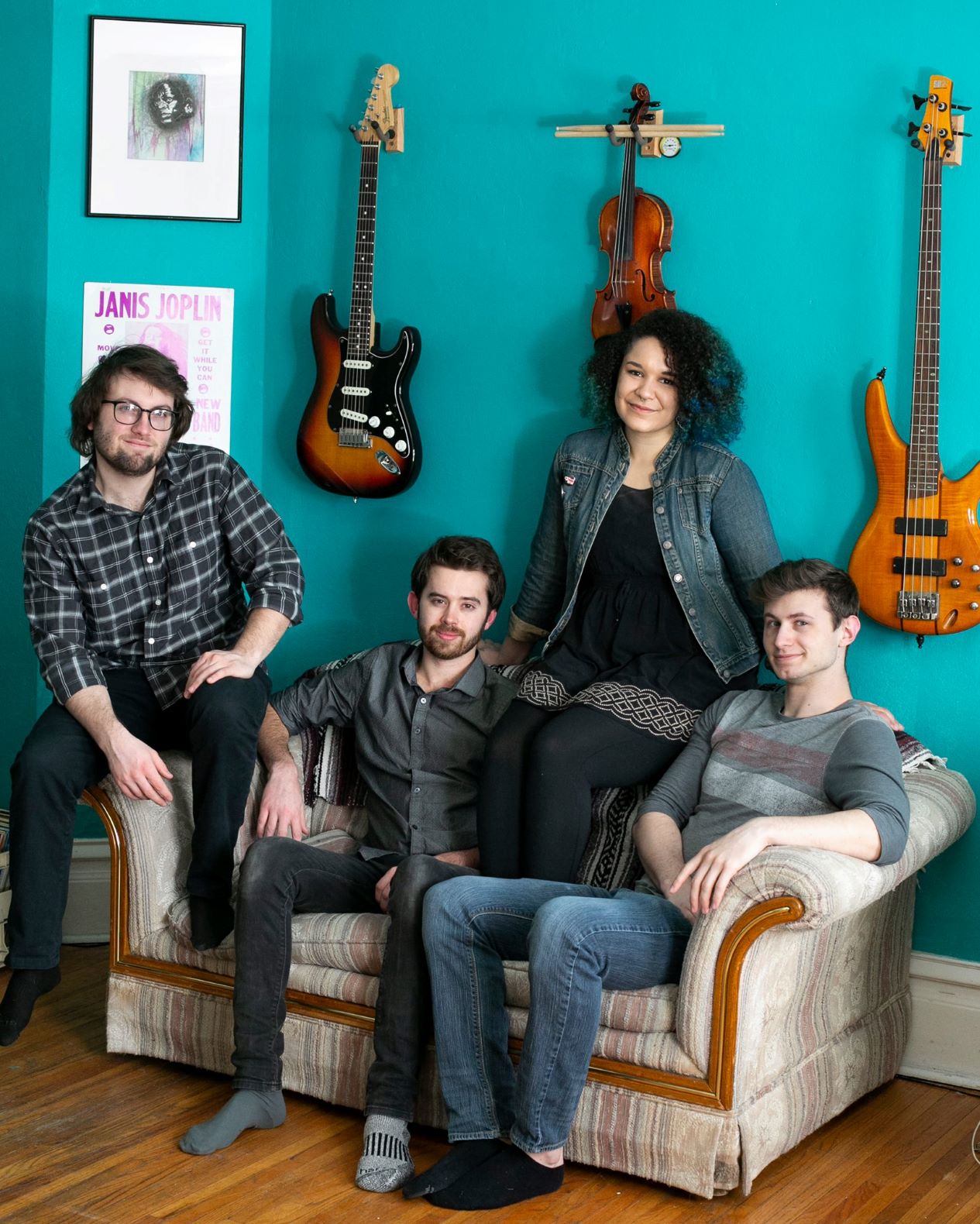 One Less Guest is a quartet from Duluth, Minnesota comprised of guitarist Nick Muska, violinist Ren Cooper, bassist Nick Glass, and drummer Sten Duginski. Equal parts dynamic, fun, and soulful, One Less Guest showcase their own original music alongside unique renditions of songs from artists past and present.

The group started as “Cooper & Muska” in February of 2018. An acoustic folk/americana two-piece, playing mostly local breweries and coffeehouses. But the project quickly expanded both in size and style as the duo’s songwriting began to incorporate their love for funk, soul, jazz, rock and blues music. With an album forthcoming and a full docket of shows, One Less Guest is quickly becoming one of Northern Minnesota’s up-and-coming groups. 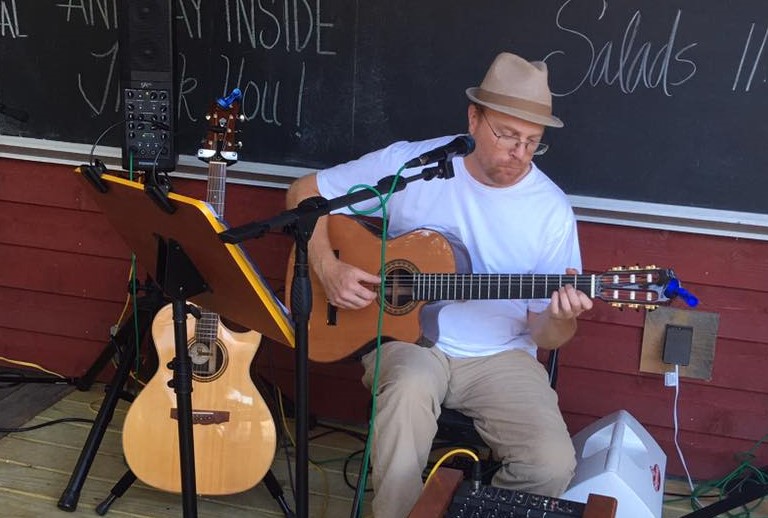 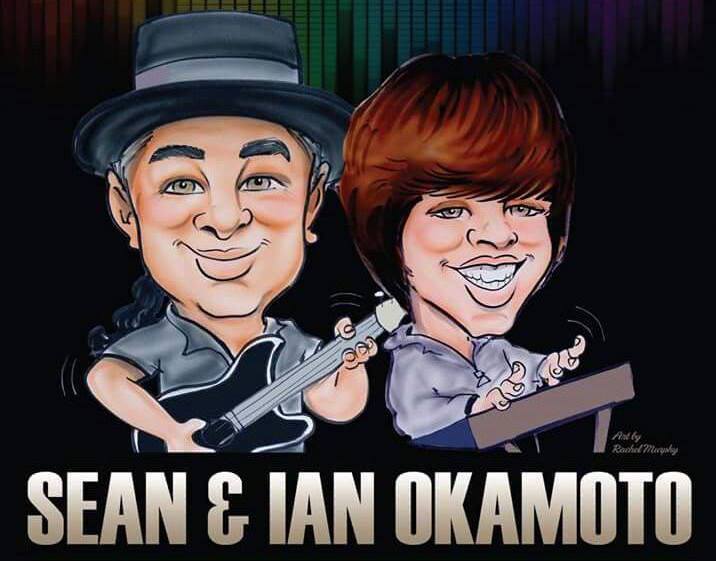 The crowd-favorite duo is back! Sean and Ian Okamoto are a father/son duo based out of Northern Wisconsin. Sean (the father) has performed in bands for over 30 years. Ian (the son) has been a pianist all his life and began performing his freshman year of high school. Together, the pair have been entertaining for over 7 years, reaching crowds from Wisconsin’s Northwoods all the way down to the docks of the Miami International Boat Show in Florida. From 1940s bops to modern-day hits and everything in between, Sean and Ian play a variety of music that all ages can enjoy and sing along to.

The patio fills up faster whenever these two “hit the stage”. We recommend arriving early if you want to find a seat! Otherwise, you are always welcome to bring along a lawn chair if you want a guaranteed place to sit. 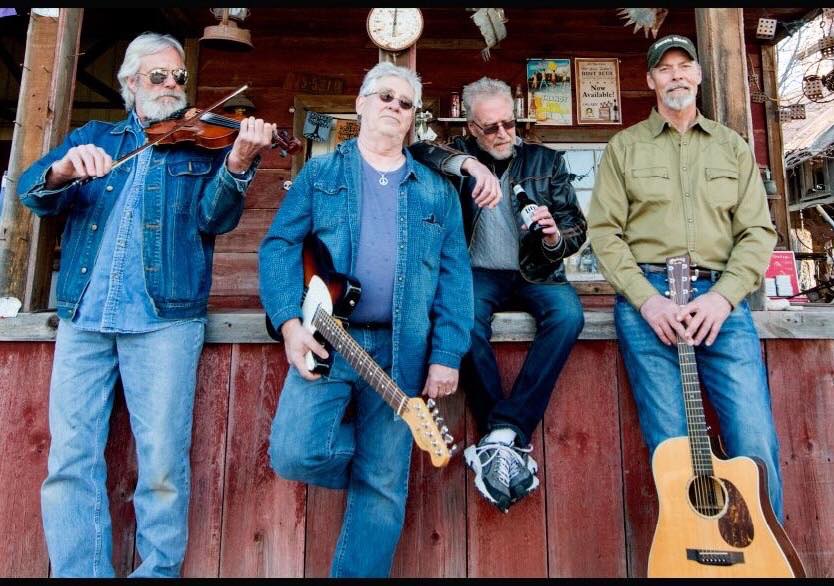 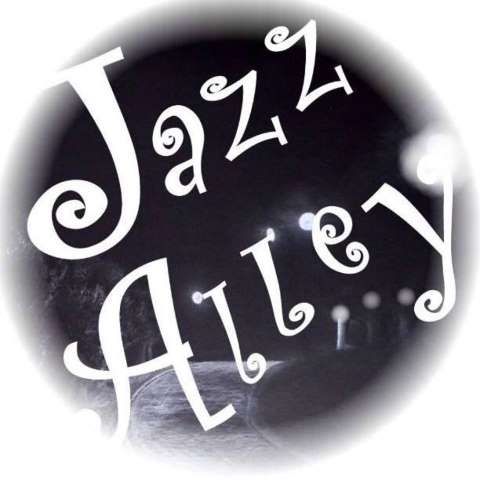 “Joy” is what listeners often see and feel coming from Yata as he sings and performs the songs he has written; and he’s written quite a few, many of which are on his eleven original CD recordings.

Yata Peinovih began as a songwriter of love ballads while a freshman at St. Olaf College and over four decades has explored musical genres such as Americana, folk-rock, swing jazz, and gospel.

Early in his career, he formed Artesian Dreams with jazz guitarist Dave Peterson and classically trained violinist Jim Price and wone a Minnesota Music Award for  Best Folk Band. They were also nominated in the jazz category.

Next, he moved to Western Wisconsin where he began a family, continued to write, record, and perform in mostly local concerts and community events. During an appearance on Garrison Keillor’s Talent from Towns Under 2,000 Show on National Public Radio’s Prairie Home Companion, he chose an original ballad Wisconsin Waltz which naturally didn’t carry first prize with a Minnesota audience. Aunt Virginia said he should have played Music in the Outhouse from the Norske Nonsense cassette recorded in Norway.

Yata has a passion for performance, connecting with the audience from concert stages and outdoor festivals to intimate venues, such as churches and classrooms. He also organizes several community music events and mentors emerging artists.

Each winter for the last fifteen years, Yata and his wife, artist Jean Accola, have traveled afar to be immersed in new cultures including Thai, Lao, Cambodian, Kenyan, South African, Moroccan, French, Spanish, Norwegian, Mexican, Guatemalan, Caribbean, Japanese, and Hawaiian. The people, places, and experiences are reflected in their compositions and expanding views of art, music, photography, and culinary arts.

Yata and Jean live in a converted country schoolhouse in rural Pepin County, Wisconsin and enjoy every minute they can with their grandchildren. 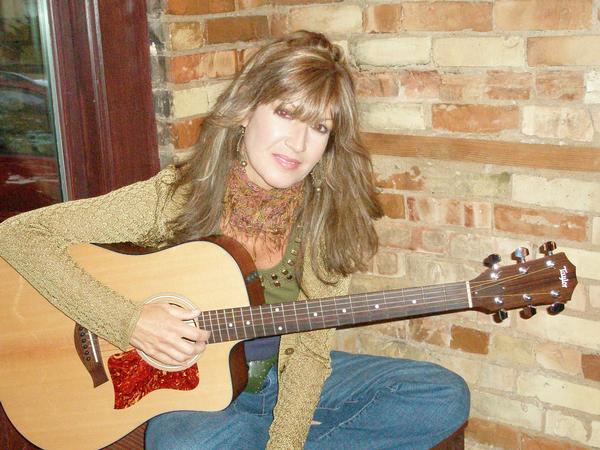 Carol Z. has been performing her entire life on various stages from churches to clubs. Her music spans from gospel rock to sultry ballads, because life includes everything, and Carol writes and sings about it all in a very unique way. She has songs about coffee, girlfriends, kids, God, love, marriage and even football…and just when you hear one song done in a rock vein, you will hear jazz, country, power ballads, quirky rhythms, and even a poem being read with birds singing. She does it all, says it all…and sings her heart out. 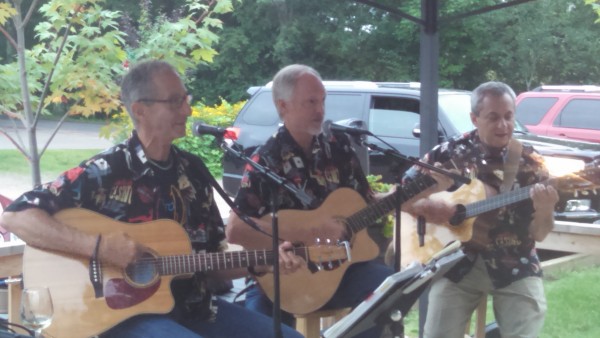 Just because they’re retired doesn’t mean they’re not working. Working on bringing some sweet summertime tunes to Red Schoolhouse Wines, that is.

That’s right. This pair of doctors have set down their stethoscopes and picked up their guitars.  Make sure you don’t miss one of the few times they’ll be combining musical talents to perform on our patio this summer. 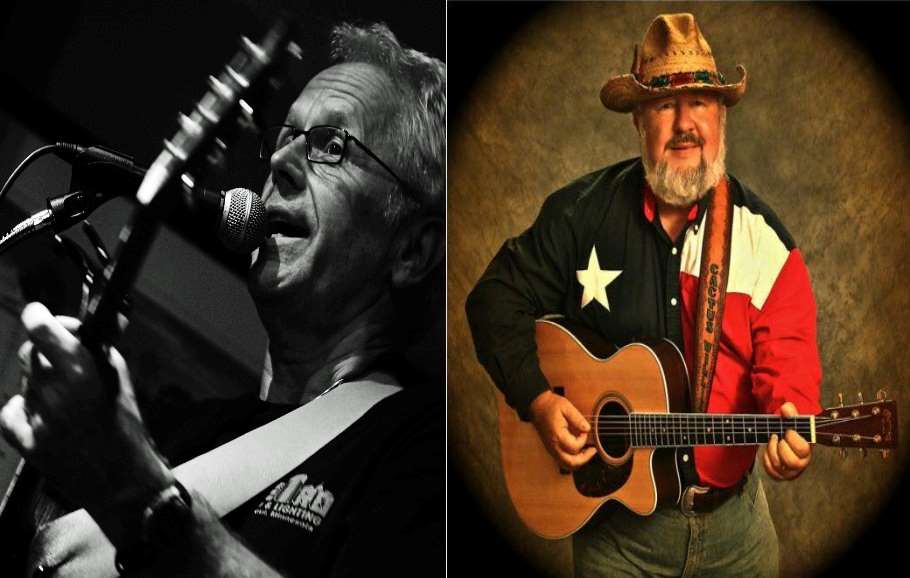